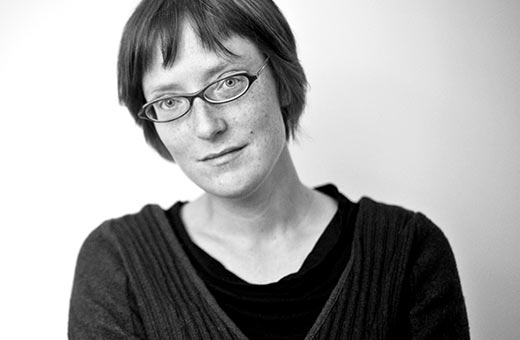 Your debut short story collection, How You Were Born, won the 2015 Trillium book award for the best Ontario-published book in English. You were up against some mammoth writers including Margaret Atwood, Thomas King and Dionne Brand. What do you think your short story collection had that gave it the extra edge?

I have trouble answering this. I really believe awards are a bit of a crapshoot—so dependent on the individual tastes, or even daily moods, of the jury, and the way they interact with each other. So while it was amazing for me, an unknown writer publishing with a very small press, I don’t know if I had edge as such.

What was the inspiration behind your collection? Were you inspired by your own experiences or by abstract ideas/themes that you wanted to explore?

Usually neither. I don’t know if there was one point of inspiration. Not many of the stories contain anything autobiographical, though of course I borrow, sometimes shamefully, from small details that appear around me (if it’s close to the bone for someone I know I ask permission first). I think I work from images or phrases much more than from abstract ideas or themes, or that when I’m working from a theme my writing becomes schematic. I can get creaky and “do you get it?” very easily, so I’ve had to undercut that tendency in myself by focusing on characters or stray images that the world offers, rather than setting out to illuminate a theme.

A reviewer on Goodreads had this to say about How You Were Born: “I keep seeing this collection referred to as edgy and bizarre, but this was not my experience at all. It read to me as mature, pitch-perfect literary fiction.”

What was your intention – to be edgy or literary, or neither?

Neither. I wish I could have such a clear intention. But I’m just not an edgy person (not nearly cool enough), and while my affinity is literary fiction for sure, I’m not sure how to make that an intention in the writing itself.

Your short story Fourteenth Birthday made the longlist in this year’s CBC Short Story Prize. Do you believe your experience publishing a short story collection (and winning a major prize) has improved your work on the page, or your writing process?

If anything, the prize made me much more self-conscious, as well as more confident, so I’ve had to battle that a bit, to separate it from the practice of writing, so that I’m neither immobilized by it nor falsely sure of my own brilliance! But I think the process of working on the collection itself definitely made me a better writer. This was partly due to really, really good editing: I was read rigorously, criticized honestly, and made to consider every word and every moment. I think that experience has made me a better writer, and more able to edit myself.

How does the short story fit into your writing/creative world and why does the form appeal to you?

I love the compression of the short story, the way you can infer a whole life in a few quick suggestions. The form asks so much of the reader, and assumes that the reader is building the world with you, and will fill in the background. Also, there’s room to experiment formally in a short story, which is harder in a longer form, or, in poetry, extremely difficult for me, not being formally experimental by nature. I feel most freedom in short fiction. The whole world becomes story, and any sentence or odd overheard scrap of conversation turns into a breeding ground for something new.

What is your writing process – do you prefer structure and planning or is it a matter of ‘when the mood strikes’? How do you discern what format to write in (ie. play, short story, novel, poem)?

I write in set hours, from 9 till 3, when my children are in school. That said, some of that time is often taken up with the business of writing: sending emails about edits, writing grants (I’m a jobbing writer with three kids and my partner is at home with our youngest, a baby, so thank goodness for grants!), planning the logistics of a theatre project. But often I set myself a number of words or a number of pages and just try to get there. The inspiration strikes when you’re limber from lots of practice. And the truth of it, at least for me, is that at the end of a day much of what I’ve written will be flotsam bobbing around one thing of value. Which maybe isn’t so sad, if I can just get better at knowing what that valuable thing is. As to form, I often find something is in the wrong form and shift it. The story becomes a play, the poem becomes a story, the poem becomes an essay. It’s difficult to tell in advance.

To what degree do you think your home town or country influences the settings or subjects in your fiction?

Very much, I think. This is always a difficult question for a Canadian. It isn’t just cliché that we feel culturally inferior, as if “the real thing” is always happening in some other country. And also, so many Canadians come from other countries, or have parents who came from elsewhere, so there is always a mythic “other place” in our consciousness, I think. I find it easiest to set short stories locally, in my immediate landscape: something about the modesty of the form enables me to be domestic, to not search for that other place.

Why do you write and how did you come to think of yourself as a ‘writer’?

Writing is the only thing that makes sense to me, and the older I get, the only thing that I’m any good at, leaving me in the late thirties with no back-up plan. But it’s also the thing I love most, except reading. Coming to think of myself of a writer was a long process, and one I sometimes wish I came to sooner. I spent my twenties and early thirties working as a theatre director and producer, which was great, but always writing secretly and with a wish to write more, while feeling that writing was something done by immensely talented other people. When I wrote, I wrote plays. Then one day I was walking under a bridge on my way to the Tarragon Theatre, having just taken up a playwright residency, and something about the sunlight and the traffic cohered for me, became a scene, became a story, and made sense, and writing was so obviously and perfectly the thing that could capture and hold the feeling of the city and the bridge and the life that was there. That was the moment, I think, when I became a writer for real.

What advice would you give aspiring writers?

Write every day, even just a couple of sentences. Carry a notebook. Read widely in every form, read dead writers and living ones, read work in translation and work from your country and well-known writers and obscure writers and learn from them. Try to have faith that there’s a place for you, and try to be serious, artistically and morally, in finding that place. Don’t just write, either. Cultivate friendships and all forms of family because otherwise it’s just you in the room, and that’s lonely.

Kate Cayley’s short story collection, How You Were Born, won the 2015 Trillium Book Award and was a finalist for the Governor General’s Award for Fiction. She has also written a collection of poetry, When This World Comes to an End. She is a playwright-in-residence at Tarragon Theatre, and has written two plays for Tarragon, After Akhmatova and The Bakelite Masterpiece, which will premiere in the States in 2016. Her second collection of poetry, Other Houses, is forthcoming from Brick Books. She lives in Toronto, Canada. Website: www.katecayley.ca

Samantha James is an Australian journalist, creative writer, avid reader and sometimes-artist. She graduated from Curtin University with Honours in Media, Culture and Creative Writing. As a student she volunteered at creative literary journal dotdotdash. After working as a journalist for a few years, she moved to South Korea to teach English, opening up whole worlds of possibilities. In 2016 she is planning to leave behind her life of structure to focus on creative writing, hoping new travel experiences, impulses and cultures will inspire her words on the page.