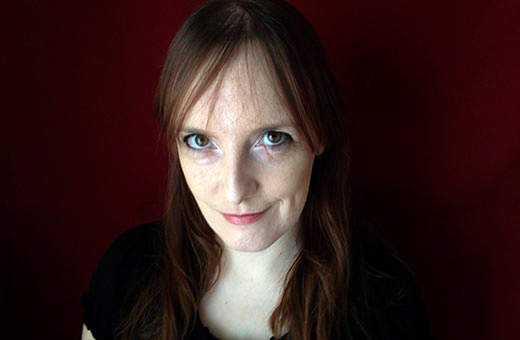 Lisa, your short and long fiction has won huge international praise, but you got your start by blogging. Can you talk a bit about blogging and its relationship to your fiction?

The blogging was always a means to an end. I remember there being a lot of anxiety at the time about publishing, specifically the idea that you had to be ‘known’ to be published. This was I think 2006. The Sunday Times featured an experiment in which the opening chapters of V S Naipaul’s In a Free State were sent to 20 publishers and agents, purportedly from an unknown, unpublished novelist, and every one rejected it. That was really frightening for a young writer on a council estate; the message was that talent and hard work didn’t matter as much as profile. But blogging was becoming very popular in Ireland, and I thought that if I had a blog, perhaps I could build a readership so that when it was time to submit my work to agents, I would have a sort of profile.

The Irish blogging community then was really engaged; it felt like everyone was doing something dynamic. My black-humour approach to modern Ireland seemed to go down well. Established writers found the blog, lent encouragement and support, and opportunities started coming along. I never published any fiction on my blog, actually. Gonzo observations were the closest I got. My fiction was a different thing entirely, and I worked on it in the background. I suppose, though, that working on the blog helped me develop my voice, and it definitely helped me learn to write to deadline. 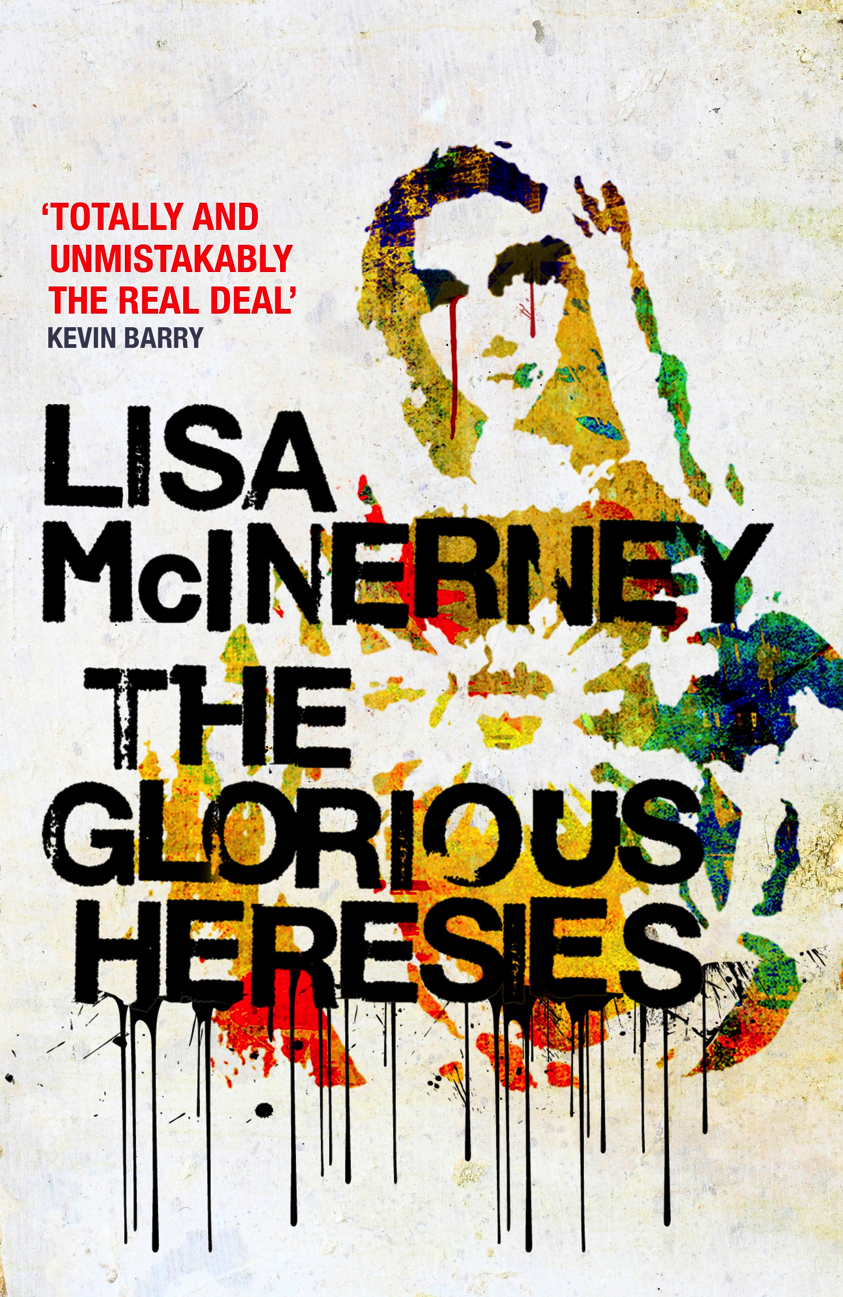 There’s incredible energy to your writing. At 371 pages The Glorious Heresies is a decent chunk of a book, with the energy is sustained through to the end. When thinking about pace in a novel, do you alter your approach from short stories in anyway?

Honestly, I don’t stress too much about pace. For me, the pace suggests itself with the story, and the plot manages the pace. Of course, there are times I mishandle the pace of a particular story, but I’m lucky to work with great editors who can spot where things are going awry and direct me to fix it. An engaged and thoughtful reader will do the same – thank the gods for readers! I don’t think I approach pacing differently for novels or stories, even subconsciously. What’s happening to the characters will determine the kind of language I use, the length of the sentences, the amount of background description, the level of characters’ inner reflection, all of those little knacks that create a pace appropriate to the story.

In addition to blogs, short fiction and novels, I hear you are adapting The Glorious Heresies for television. How are you finding screenwriting compared to the other genres?

It’s been fascinating adapting from one medium to another. I’d had a little experience in screenwriting before – nothing to shout about! – but it’s a different process working from my own novel. A viewer and a reader absorb a story in different ways, and your job as a writer is to deliver that story as effectively as possible. Pacing is massively important and here it really has to be cleverly and carefully managed. So it’s been a learning process for me, but also a huge amount of fun. Tinkering with various aspects of Heresies, or approaching certain events from new angles, is so enjoyable it almost feels self-indulgent. I hope we get to do more with it.

Writers are often advised to avoid strong language, violence as well as underage drinking, drug-use and sex. However, these elements provide truth and are part of your working-class characters’ lives. Have you ever been asked to remove something that isn’t PC?

Never, and I think I’d be fierce annoyed if I was. There is absolutely no element or aspect of their characters’ lives a writer should shy away from presenting, no matter how unpleasant. There’s nothing honest about buffing away ugly but important facets of your characters’ lives so as to appeal to a wider audience or placate publishers. No editor or publisher worth their salt will ask a writer to do such a thing unless it feels surplus or sensational to begin with.

But equally, there’s nothing honest about adding sensational or transgressive elements to your fiction just to grab attention. A good writer knows what’s important to their characters, and will neither add scandal or purge blemishes for effect.

Dark humour plays a significant role in your fiction. As a literary technique, how does it help the reader understand challenges characters face?

I think dark humour helps us understand or cope with challenges outside fiction, so then naturally it works on the page too. As the saying goes, if you don’t laugh, you’d cry. Humour is a great weapon used against chaos.

Specific to fiction, though, I guess it’s a leveller between character and reader. Much of humour is universal (even if we like to think our best jokes are specific only to our county/country/language), so if you can laugh with a character – or even at them! – you are empathising with them. There’s a connection there. Possibly a warmth. It’s a useful trick applied in all sorts of scenarios, I think. Your second novel, The Blood Miracles, continues Ryan Cusack’s story and launches in April. Can you tell us a bit about it?

The plot of Miracles came together around the same time as I was working on Heresies, so I always knew I had further to go with Ryan. I picked up where we left off at the end of Heresies, with a twenty-year-old drug dealer who’s convinced his life needs to change but has absolutely no idea how to go about changing it. He finds himself at the centre of negotiations for a proposed new black market route, negotiations that threaten to expose his own past treacheries. More personally, his girlfriend has run out of patience with his capacity for chaos, and she’s committed to a campaign of exasperated silence. His father is hopelessly ill-equipped to offer guidance or support. But there are a couple of new people in Ryan’s life: a music promoter with big ideas, and an impulsive accountant taking a leisurely year off to see the world and sleep with working-class boys. So he thinks he might put his trust in them and see what happens.

Naturally, it all goes to hell.

The Blood Miracles features characters from Heresies, and it takes place in the same world, but I see them more as a set than a series. Miracles is a very different novel, I think. It’s got one narrator character instead of five. The writing is snappier. The pace is quicker.

Considering any other writers, who inspires you and what do you admire about their work?

I’m a Hubert Selby Jr bore. I don’t think there are many writers who can come close to his capacity for examining the toughest, most wretched circumstances with such empathy. His work is just invigorating. More recently, I’ve found Han Kang’s writing just stunning. Human Acts, in particular, is everything a novel should be. It demands things of its readers; it insists on new understanding. Han has an incredible feeling for character. And a new discovery for me: David Keenan, specifically his debut novel This Is Memorial Device. I devoured that book. Again, such feeling for character. It’s an awesome piece of work. Interestingly, all three are so good at dissolving the boundaries between short and long fiction, incorporating both in order to tell their stories. As a result, all three feel very immediate.

Any advice for aspiring writers?

Don’t pay too much attention to advice! Use what inspires you, take everything else with a pinch of salt. But know this: your story, whatever it is, is your responsibility. If you don’t get it out, no one will.

And though I hate to invoke Yoda . . . There’s no ‘aspire’. You’re either writing or not writing. There’s no convenient state between the two.

What else is in the pipeline for you?

I have to begin writing Novel 3 very soon, because it’s getting too big and boisterous to keep in my head! Other than that, I’m hoping to get more short stories and essays down this year, and with a bit of luck, get to continue working on the television adaptation. There are quite a few literary events coming up this year too, and I always enjoy them. They feel very much like a reward after all that time locked up typing and talking to myself. Hey, you gotta work out dialogue somehow.

Lisa McInerney is a novelist, short story writer, essayist and screenwriter from Galway. Formerly an award-winning blogger, her work has featured in Winter Papers, The Stinging Fly, Granta and BBC Radio 4 and in the anthologies The Long Gaze Back (New Island), Beyond The Centre (New Island) and Town and Country (Faber). She was longlisted for the 2017 The Sunday Times EFG Short Story Award for Navigation. Her debut novel The Glorious Heresies (John Murray) was published in 2015 and explores salvation, shame and the legacy of Ireland’s twentieth-century attitudes to sex and family. The Glorious Heresies won the 2016 Baileys Women’s Prize for Fiction and the 2016 Desmond Elliott Prize. It was shortlisted for an Irish Book Award, longlisted for the 2016 Dylan Thomas Award, and named as a book of the year by The Irish Times, Sunday Independent and Sunday Business Post. In 2016 it was published in the United States and in Spain, and will soon be translated into French, Italian, Dutch, Czech and Danish. It has been optioned for the television, with Lisa attached to adapt her novel for the screen. Lisa’s second novel, The Blood Miracles, is published by John Murray in April of 2017.