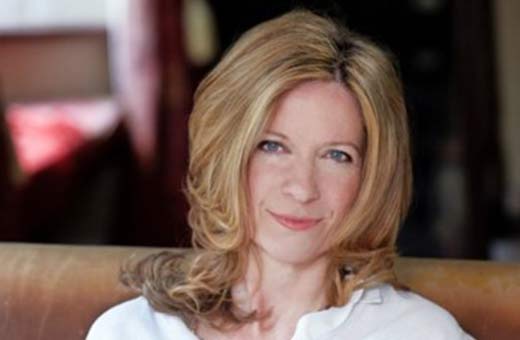 Congratulations on having your book of short stories, Llama Sutra, long listed for the Edge Hill Short Story Prize. Other short stories of yours have been broadcast on the radio and been published in anthologies. What is it about the short story form that appeals?

Thank you! I was absolutely thrilled to be nominated, and to be alongside such illustrious names. It’s also terrific to see a number of independent publishers on the list too.

I think the short story is the perfect form to represent today’s fragmented, chaotic lifestyle. As a writer I love the challenges the short story form presents. A good short story presents both a microcosm and magnification of life. It’s a constant balancing act to achieve this as you juggle character, setting, tone, tension, etc. 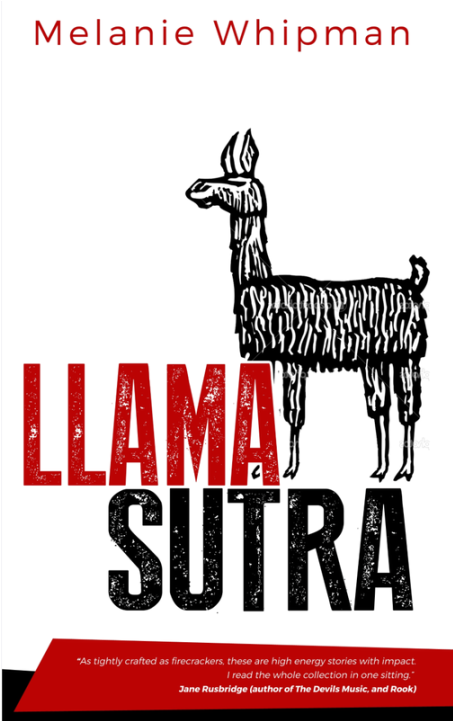 Given that you’ve written a lot of short stories, what were your thoughts behind selecting those for Llama Sutra?

It was incredibly difficult. I chose stories that were connected by theme and tone, and those that featured characters who cross borders and commit acts of transgression. The other challenge was how to order them. I’ve read so many superb short story collections for my thesis, and I was desperate for my own collection to be more than the sum of its parts. To flow like a symphony. But instead I was struck by prosaic practicalities. Do you put your ‘best’ story first? Or save it to last? Do you vary the tone? Or does moving from pathos to surreal humour jar the reader? It’s the reader who’s important here. I firmly believe in that old adage that you should never underestimate the intelligence of the reader – and a ‘literary’ short story demands a particularly active and intelligent reader. In a collection, the interstices between the stories are vital. They provide a space for readers to collect their thoughts, before they move on to the next piece. The stories can almost act as steppingstones through the thematic current. So with all this in mind, the order of the collection was absolutely crucial.

In a previous interview with us, you said that short stories ‘shine a lens on some small moment of life, which is often seemingly insignificant, yet which says something profound about humanity.’ Could you give one or two examples from Llama Sutra, showing how your stories might achieve this small, illuminating moment?

That’s what the truly great stories do! It’s something I aspire to, but am not sure I ever actually achieve! I also find it incredibly tricky analysing my own work – it feels a bit pretentious somehow. That said, I think all my stories say something about human nature and highlight our frailties. ‘Baking Blind’, for example, is – on the surface – a transgressive story about human trafficking. However, the subtext is all about a mother/daughter relationship. So the real premise is about the strength of maternal/filial love.

Some of the stories in Llama Sutra use realism, but others use magical realism, such as ‘After the Flood’, ‘After Ever After’ and ‘Llama Sutra’. What does the magical realism toolbox offer you as a writer that straight realism doesn’t?

Yes, I enjoy using magic realism. We’re exposed to magic realism almost from the moment we’re born: nursery rhymes, fairy tales, legends, bible stories. These are stories that are part of our collective heritage. I love tapping into these communal narratives, taking myths and fairy tales and giving them a contemporary twist. The idea of the surreal erupting into everyday life works well with my themes of transgression and borderlands. It seems to enhance that sense of dislocation that I’m intrigued by. I want the reader to be as unsettled as my protagonists; magic realism can facilitate this.

In ‘After Ever After’ you imagine Rapunzel’s life subsequent to her rescue by the prince, when, because of his overprotective nature, she is now effectively a prisoner in his tower.  ‘After the Flood’ draws on the ancient biblical myth, but tells the story from Mrs Noah’s point of view, set in a time when she and Noah are settled back into a life of domestic frustrations. Do fairy tales and myths invite these sorts of re-workings? Do you see yourself as within the feminist tradition that retells such stories with female experience at their core?

Absolutely. Clearly there are gender issues with these narratives, as most were originally written in massively patriarchal societies. The female protagonists tend to be passive and powerless. I love tapping into these communal narratives, taking myths and fairy tales and giving them a contemporary twist. In most cases this means creating strong, independent female protagonists. I also think that yoking a modern woman’s views with ancient myths creates a sense of universality and emphasizes our narrative heritage.

Animals feature in many stories in Llama Sutra – storks, lions, llamas, parrots, fish, deer. Why do animals appeal to you as an adult story-teller? In part, they seem to be a way for you to reflect on human relationships.

Yes, it was never intentional – I write organically, so never set out to include animals, but they just seem to force their way in. Maybe it’s because it’s part of our cultural literary heritage – animals have always been depicted in mythology, symbolism and our cultural history. The wily fox, the wise owl, the brave lion. We’ve deified and vilified them and painted them with our own emotions. It just felt natural for me to use animals to symbolise aspects of human behaviour.

In ‘After the Ark’ and ‘Llama Sutra’, a sexual relationship is suggested between a woman and an animal – a lion and llama respectively. This sexuality seems transgressive, but is also a rebellion of the woman against her partner or husband. Can you delve a little into why woman-animal relationships of this kind are exciting to write about and indeed read?

I’ve always been drawn to writing about transgressive behaviour and characters who step over lines. I think, deep down, we’re all attracted to the ‘taboo’, and, at a certain level, we are still attached to our primal biological desires. That’s perhaps why this style of stories is exciting to write and read.  ‘After the Ark’ was inspired by a Jo Shapcott poem, so the idea of a leonine romance was already planted. However, with Llama Sutra, I didn’t set out with the intention of writing about bestiality, it just naturally evolved that way. As you say, in these particular stories it seems to be about rebellion, and how powerful emotions such as anger and resentment can erupt into acts of transgression.

There are quite a number of adolescent protagonists in Llama Sutra, for instance in ‘Suicide Bomber’, ‘Clipping Kiki’, ‘Marissa’s Bike’, ‘Sharp as Sherbert Lemons’, and ‘What You’d Do for Love’. What is it about this age-group that makes you want to revisit it?

I think it’s an age where our emotions are very raw. It should be a time of opportunity and hope, when we have our whole lives ahead of us, but so often that isn’t the case. Instead of empowerment and growth, it can be a period of vulnerability and marginalisation. It’s a heart-breaking dichotomy. In ‘The Lonely Voice’ Frank O’Connor suggests that the short story captures individual isolation, and ‘the existential loneliness’ of the human kind. For me, this is something that is particularly relevant to adolescents.

I liked what you said in an interview elsewhere: that literary short stories demand a particularly active and intelligent reader. Could you elaborate on this – how precisely does the short story form demand this? Perhaps you could illustrate your answer with reference to stories in Llama Sutra?

I’m actually exploring the reading experience of a short story in my PhD. In his Reader Response Theories, Wolfgang Iser suggests the fundamental principle of the reading experience is one of ‘anticipation and retrospection.’ I think this is really important. A good short story leaves space for the active reader to use their own emotional imagination to fill in the gaps and to anticipate what’s to come. Then there’s always that moment of reflection once you’ve finished. The stories that tend to resonate with me, are those that require a degree of analysis, that leave you thinking. Often it’s the ‘unsaid’ that makes a story so powerful.

With regard to my collection, I’m not sure I can give specific examples, but I hope my readers will occasionally pause, and look beneath the surface, and I hope they’ll be challenged and unsettled.

In your view what makes a perfect contemporary short story?

It’s tricky. I don’t think there’s a perfect formula, but it has to be something well-written, compressed, that exposes our human frailties in some way, yet isn’t didactic, that resonates, that surprises and challenges and so forth. Often it’s just a certain alchemy that you can’t define, but you know it when you read it, and it has the power to raise the hairs on the back of your neck.

You did a PhD in Creative Writing and now teach this subject at Chichester University. How has looking at stories through an academic lens improved your ability to tell them?

I haven’t finished my PhD yet!! But yes, I’m sure by reading and constantly analysing other literary writers, your own work does improve. It definitely helps the editing process.

What are you up to at the moment? Any projects in the pipeline that you’d like to tell our readers about?

I’m currently desperately researching and writing up my thesis. The deadline’s September 1st, so I’m at the panicking stage! I haven’t had time to do much on the creative side, but whenever I get a spare moment I continue to edit the novel I wrote for my MA.

Melanie Whipman is a writer and lecturer. Her fiction has been broadcast on Radio 4 and been published in numerous magazines and anthologies. Her debut short story collection, Llama Sutra, was published last year and is a contender for the 2017 Edge Hill Prize. She runs creative writing courses in Farnham, and is an Associate Lecturer and PhD student at the University of Chichester. She is also Commissioning Editor for The Story Player.  You can find her at: www.melaniewhipman.com

Katy Wimhurst studied anthropology before doing a PhD in Mexican Surrealism. She also worked in publishing, but now has a chronic illness. She writes non-fiction and short fiction and has been published in various magazines and anthologies. She has a particular interest in magical realism and surrealism.