So, the London Short Story Festival is all set for the 18th of this month and you’ve got an absolutely stellar line up, from Ben Okri to Carys Davies. What else can you tell us?

Well, thanks! We love the line up too and there are some amazing writers coming to the festival this year. Sunday Times EFG Short Story Award-winner Kevin Barry coming over from Ireland, BBC National Short Story Award-winner DW Wilson flying in from Canada and Laura van den Berg  flying in from the USA to make her UK reading debut. The events are themed so short story lovers and writers can hear and discover more about the process behind the writing of the short stories they love.There are masterclasses, nearly all sold out so get in quick, and free workshops with literary magazines like Ambit and the Creative Writing MA at Birkbeck. 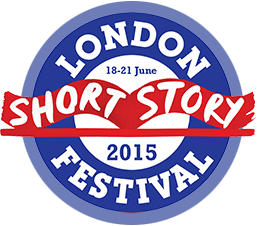 What was the inspiration for the London Short Story Festival and how did it move from idea to reality?

The inspiration came from a love for the short story form and seeing a space for a focal point for it in the capital. It was to celebrate the wonderful talent in the UK and around the world and provide an opportunity for a celebration and investigation of the form. I had a long standing relationship with Spread the Word and when I joined them as a guest programmer for a season we got really excited about the idea of creating the festival during my time there. With Spread the Word’s crucial role as London’s writer development agency and vast experience in creating large scale projects investing in writing of all forms and my background in the short story through my blog, Word Factory and being a writer myself, the timing and combination of skills and passion was just perfect.

What is it about the short story that makes it worth celebrating?

The short story offers a piece of fiction that gets close to perfection. A writer can refine and polish the raw materials of the story until it shines. The brevity required can give a story a laser-like delivery that can get right to heart of the reader or illuminate a transformative moment in time of a character’s life for us to consider and reflect upon. It is a from in its own right and needs to be preserved especially when the the incentives for writers, particularly financially, seem to be getting worse year by year.

The short story has seen something of a boom in recent years, why do you think this is?

This issue is debatable (see Chris Power’s wonderful essay on this at Thresholds) but certainly in terms of short story writers winning international prizes there was a string of successes a year ago. Perhaps, writers and the literary world are reacting to the lack of financial reward for short story writers and feared it would discourage writers from working in the field? Perhaps it’s a reflection of our times and the form fits our electronic age and the speed with which we live our lives. In our daily battle with time, short stories may provide a slice of fiction we can squeeze into our day.

If you could have speakers from the past, who would you have and why?

Oh so many. How about Ernest Hemingway, Flannery O’Connor, Frank O’Connor to name a few… They were masters of the form.

What advice would you give aspiring short story writers, hoping to get noticed?

Finally, what about the London Short Story Festival are you most excited by?

Saturday night’s Modern Voices with Jon McGregor, May-Lan Tan and Laura an den Berg is a dream line-up. Kevin Barry is a wonderful writer and watching him read is an unforgettable experience. Last year, the atmosphere in Waterstones Piccadilly was electric. Something I hadn’t thought of was that many short story lovers who had been online friends and peers all met in person for the first time at the festival. Watching our Twitter and Facebook pages I can see plans being made for the same thing this year. Brilliant to think the festival is bringing writers and short story lovers together.

Paul McVeigh is the Guest Director of the London Short Story Festival. He co-founded The Scarecrow Theatre Company and the Armada Theatre Festival, which took place in Belfast, Derry and Dublin simultaneously. He is Associate Director at Word Factory, the UK’s leading short story literary salon, and is a judge for short story competitions and prizes. His short story blog gets 40,000 hits a month, where he has interviewed authors including Kevin Barry and George Saunders. Paul’s short fiction has been published and journals and read on BBC Radio 5. His novel ‘The Good Son’ was out with Salt Publishing in April 2015 to wide critical acclaim.