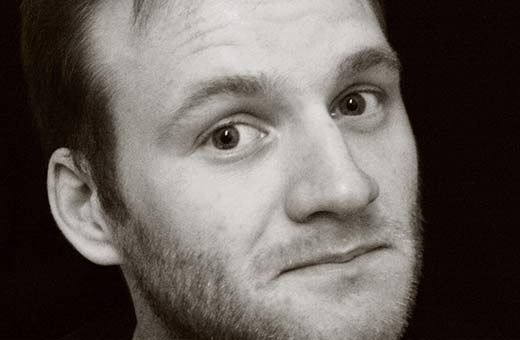 Hi Sean, thanks for speaking to us. Perhaps you could tell us a little about yourself?

A good place to start is that I’m not from publishing. I work in music, which just about won out over book publishing as a full-time job. Open Pen keeps me involved in my other passion: fiction. Open Pen also means I’ve had the opportunity to write and edit enough to satisfy my enthusiasm for other publishers and magazines. Other than that, I live in east London, by the river, where I was born. I usually mention this to people.

It’s clear you’re doing fantastic work for literature and London with Open Pen. How did this great venture begin?

Thank you. I was a short-fiction writer, and I was young, relatively. At that time, writing to be published appeared to be the thing one must do as a writer. I did that, with all the normal (plentiful) failures and hallowed (limited) successes, but found myself increasingly frustrated at the lack of print magazines for up-and-coming writers, writers who were keen to write the sort of fiction that younger people write and read; writing that is relevant to young and angry people. I was 25. I wanted to hold papery copies of my writing. I wanted that sweet verification that ink brings. Music has a scene for the young and angry. Book publishing doesn’t. Starting Open Pen Magazine was me going out on a limb and assuming that there were other writers/readers out there like me, and hopefully lots of them. There would have been little point in putting out a magazine like all the rest. I had to put out a magazine that would be the sort of thing I wanted to read. 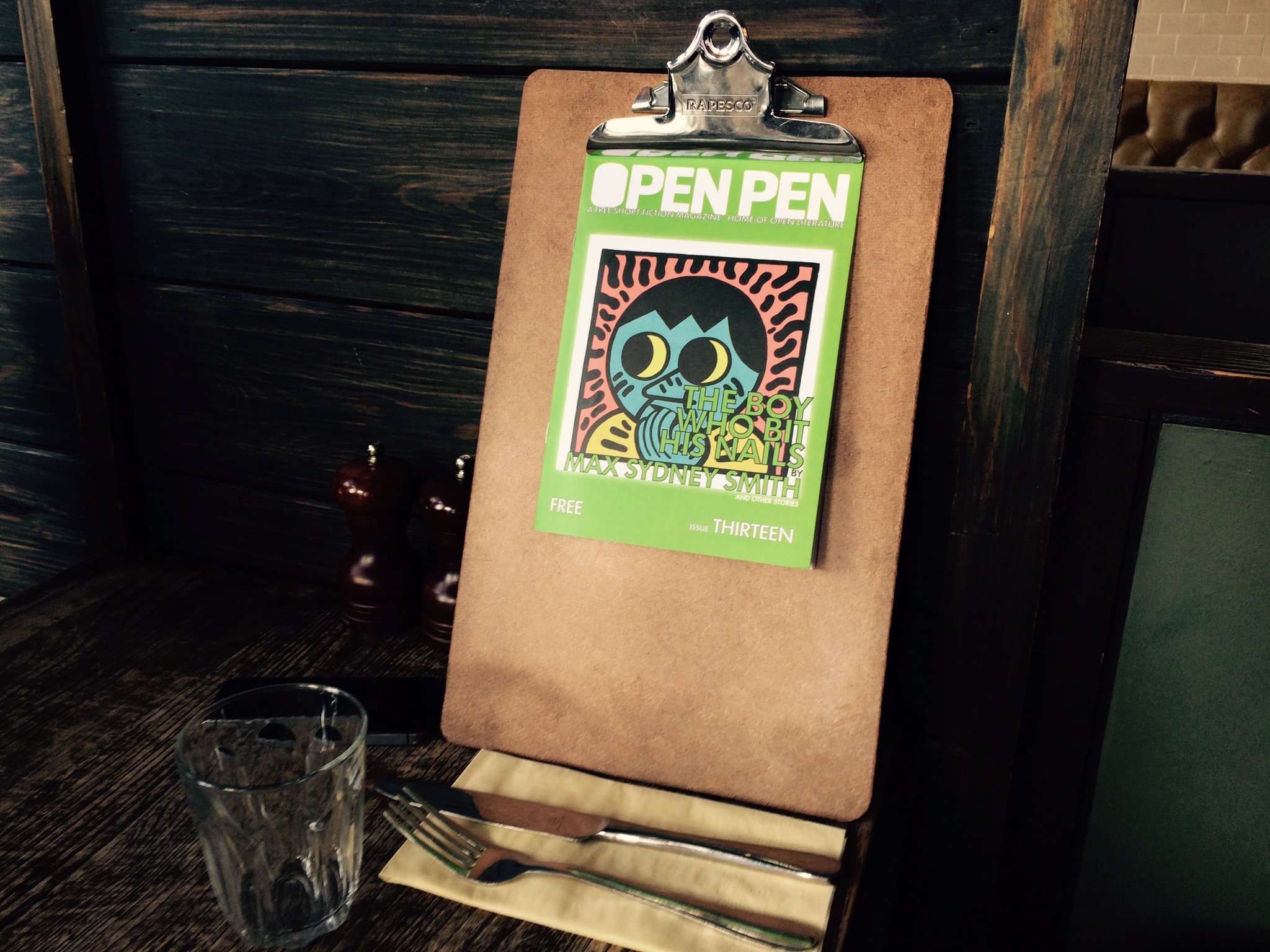 What are you hoping to achieve with Open Pen Magazine?

I used to get frustrated with being referred to as a “hipster magazine”, or “edgy”, “quirky”, and most recently, “other.” But I’ve grown appreciate of those labels that once made me cringe. I’m 31 now. Not much point in being precious when you’re balding. You can’t escape the sort of fiction you like to read and the sort of fiction you want to write. I’m really keen on maintaining that identity for Open Pen. We are a magazine that will put out the sort of fiction that others won’t. We’re proud of that. Glad to be the home of ‘other’ fiction. We need keep doing what we’re doing to enable ‘writers with something to say’ to continue to have a platform.

Are there any other online writing platforms that you admire, aside from TSS Publishing of course.

Ha. TSS Publishing has definitely caught my eye. I’m keen to see how it progresses because having a sort of hub for the short story, which as we all know has blown up over the last few years, will be really important for the format as much as it is for its writers. Outside of TSS Publishing, I’ve been impressed with the development of I’ve Read That, and just in the last month I’ve become a real fanboy of Talking Soup, a sort of New Journalism/gonzo mag. It feels like it was made with me in mind as a reader. That’s a great trick.

Do you think it’s reading or writing short stories that has become the more popular?

I don’t think writing short stories has become more popular. I think it’s where novelists start. I would speculate that it has always been that way. Albeit not as an end product of sorts, more a method of honing the craft.

The reading of short stories has definitely become more popular in the short space of time that I’ve been paying attention, which I think would coincide with when the Internet was really becoming a household tool and source of entertainment. That’s no coincidence. What we’ve seen in that time is a real asphyxiation of attention spans. I think the novel is struggling at the moment, to my dismay, and that’s pretty much because attention spans are being cut down to size to be able to cope with the abundance of instant and passive distraction available to them, to put it politely. The short story – and flash fiction even – are on the rise. It’s sad in one way because it highlights that many are turning their back on art forms that require the commitment of time, but a great opportunity for the short story, which at its best is a wonderful art form. It needs to be.

You must have read hundreds of short stories… what common denominators do the best of them share?

Without a shadow of a doubt, the common denominator in the pieces we’ve selected as our cover stories over these last fourteen issues is that they’re written in the voice of the author. I think that’s the hardest thing to do as a writer: find your honest voice. Everything else can be learnt, I think. But finding your voice as a writer, allowing that to possess your antagonist or the environment of your fiction can’t really be taught. Prose that is written in the parlance of its author is prose that is immediately relatable. It affords the content legitimacy, even where they may be none (it’s fiction after all).

If you could have published any author from history, who would it be?

Going to make my apologies to Hemingway and Proust, my favourite writers, because I’d pick Franz Kafka. When I first read Proust, I felt as though a better understanding of humanity had been opened up to me, and I’ve never felt as strong an affinity with an author as when reading Hemingway, such is my perverse self-image. But I’d love to find a Kafka. And if I could find any story in my inbox, I’d love to find an In The Penal Colony. That’s been the short story I’ve gone back to time and time again, and would recommend to anyone with similar taste. If you liked licking batteries when you were a kid, you’ll love this brilliant and terrifying short. When Kafka read it at Galerie Goltz in Munich, one woman fainted. I’ll be a proud editor when that happens at one of our live events.

Finally, what advice would you give aspiring writers?

Easy. Don’t be a coward.

Sean Preston is the editor of Open Pen Magazine, a free short fiction magazine now in its fifth year, stocked in independent bookshops. Born in east London, Sean lives in east London. He trolls on Twitter as @SeanPrestonLDN