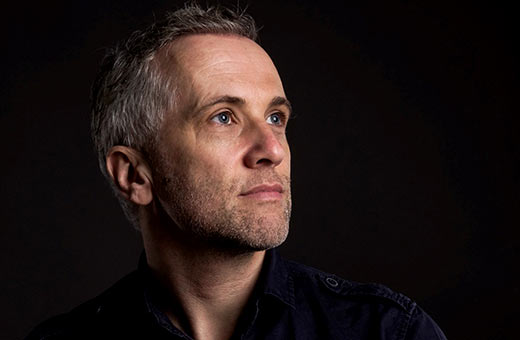 Hi Tom, thanks for speaking to us. You’ve written plenty of short stories and successfully published three books, the newest of which will be Dazzling the Gods. What are the main challenges you face in putting together a short story collection?

I’m not sure a writer contemplates a collection as such, and certainly not until a significant body of stories emerges. More that ideas / themes / characters the author finds compelling are explored. Once this content is found, then it becomes a matter of determining the literary form best suited to accommodate this. For some this might be a poem, a play, for others a novel or short story. After two novels I found my work acquiring ever greater compression, together with an immersion into prose at the sentence level. And at some point, if stamina permits, a collection-length body of work exists, inevitably with thematic and stylistic binds. So I think the challenges come at the level of each story.

What can you tell our readers about your new volume of short stories?

Themes of fatherhood, climate change and romantic uncoupling recur. The stories are at times playful, misbehaved. There’s a hint of science fiction amid the realism, humour amid the elegiac. Stories within stories, stories that are not found in the text alone. Hints of satire, of the macabre. Sentences troubled into existence.

What advice would you give writers who have had reasonable success in the short story world but are now looking at taking the next steps in their literary careers?

I would say no next steps are necessary, it being the toughest literary form to pull off. Of course commercial demands / publisher expectations dictate a novel, so I have admiration for those who only pursue this difficult, marginalised form.

How difficult is it to secure a literary agent as a short story writer?

Agents are interested in talent, and I know several writers who have secured one on the strength of their stories, but there is implicit pressure to produce a novel. Very few publishing houses solicit story collections, and those who do generally don’t require such representation. 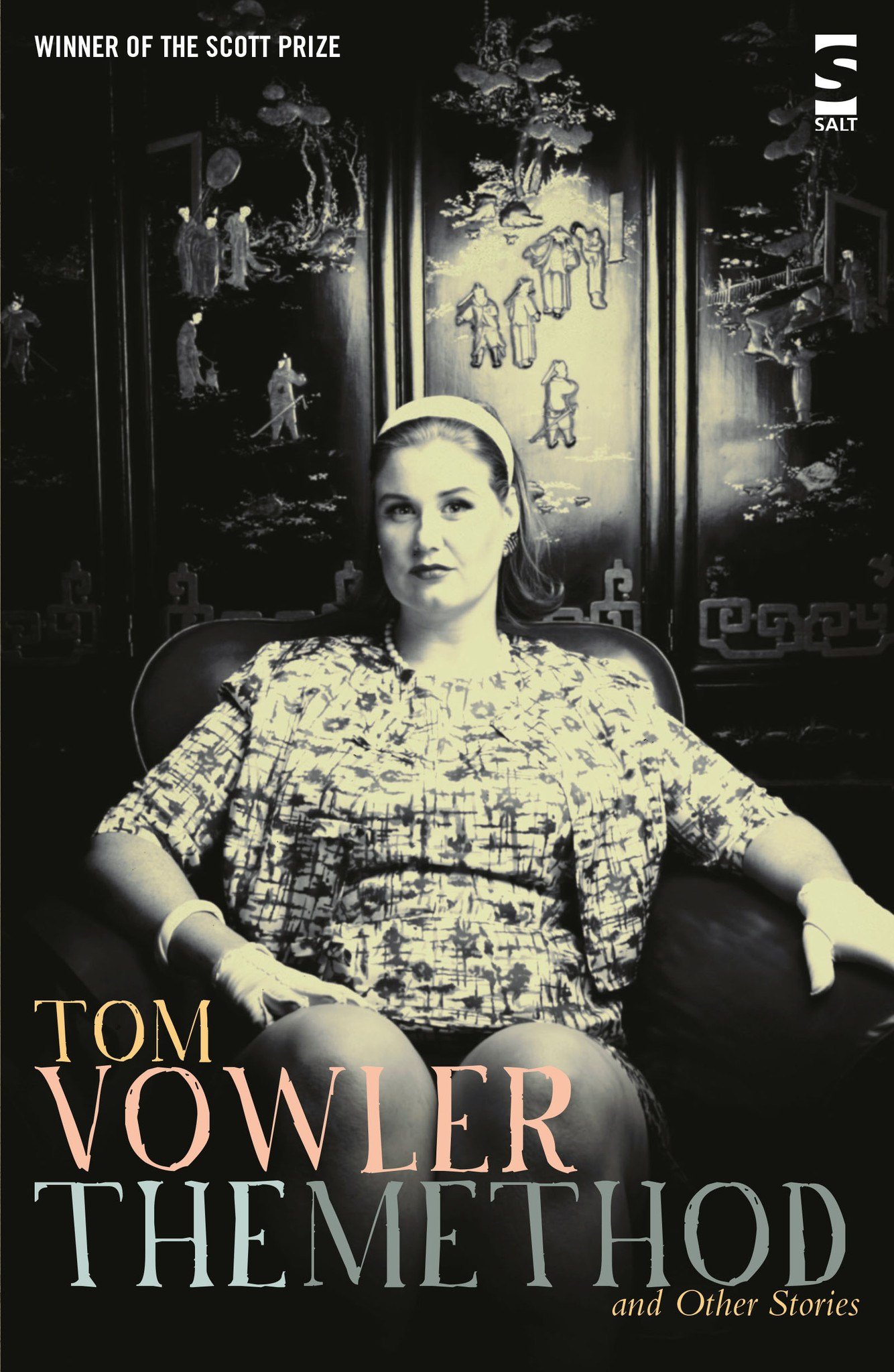 Do you feel an added sense of pressure after the success of your first short story collection, The Method?

Not really. I’m surprised that book did as well as it did: there’s a rawness in there, a naivety even, and many of the pieces wouldn’t find a home in my current work. The apprenticeship required with the short story form is, I believe, a perennial one; I learn something new with every piece I write, with every (good) one I read. Wasn’t a gifted octogenarian saxophonist recently quizzed about his motivation for still playing, prompting his response that he felt he was starting to get somewhere? It’s not for me to say, but I regard this book superior to my first, simply because I’ve learned so much more about the form.

You’re currently editor of the journal Short FICTION, can you tell us how this role has had an impact on your own writing?

If we trust Gladwell’s maxim that ten thousand hours are required to become expert at something, I maintain that for writers many of these can be ticked off by reading. By critical immersion in both strong and weak pieces, and everything in between. This lays down like strata the layers required during composition, it develops your ‘ear’ for strong work, your instinct. So, yes, I attribute what small success I’ve had with the form to my years at the journal.

As an editor of a literary magazine, what do you look for in short stories submitted for publication?

Firstly whether the author can write, whether their control of and flair for language can carry the story. This can be assessed in a few lines, perhaps half a page. Then the story itself must possess a vibrancy, a vividness that renders it with the illusion of originality. The timing must be flawless, the voice persuasive, compelling and resonant. But of course any editor has their personal tastes. And their blind spots.

Returning to Dazzling the Gods, could you tell us how you choose between the short stories to include? Are you looking for a sense of unity as well as quality, for example?

Not really unity in the sense of theme or style, though there are significant overlaps. I like to think of them as intertextual in some way, as the songs of a concept album are, but this is likely spurious and self-indulgent. Ordering them did feel important for the affective and aesthetic journey the reader would experience. 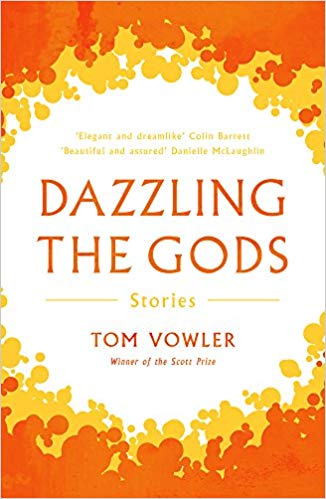 What’s your favourite short story in Dazzling the Gods and why?

As in: which is your favourite child? Certainly not the ones embedded with an essence of autobiography. Playful pieces can be fun to write. Mostly though you write them and, like offspring, happily let them go.

You’re currently crowdfunding to get the collection off the ground – is this a reflection of the difficult market and competition that short stories face?

There are still a few smaller presses devoted to the form. Some of the larger ones even dabble if your novels have sold very well, though they can be guilty of pretending such books are in fact novels told in a sequence of stories, which seems both cynical and patronising, but is probably commercially astute. But certainly it’s harder to find a home for collections today, which is disheartening. Unbound offers an alternative, for readers to select what is published, as well as for authors to connect with their audience. It’s an interesting and dynamic model.

With both the ease and popularity of online publication, why do you think print publication retains so much authority?

I’d like to think it’s part of a wider backlash to the unrelentingly technological era we find ourselves in, of computer games and fast food and our ever atomised lives, but it’s probably just cos they smell good.

More generally, what do you think is the lasting power of short stories?

Our primal desire to be told them, to have them move us, validate us. They connect us to all that is human. We understand ourselves better for them.

Do you think short stories are more a writer’s form than a reader’s?

This is the enduring accusation levelled at them, yet I suspect it’s more complex than that. Stories can be difficult, in that they demand a greater investment from those who read them. But then the attendant rewards are greater as a result. Culturally in the UK we perhaps have a hangover, an obsession with the Victorian novel and its offspring, something that is perpetuated by an industry that increasingly values undemanding literature, books as mere entertainment. These things are cyclical though, and the story will always find its way.

Thank you for speaking to us today, Tom.

Tom Vowler is an award-winning novelist and short story writer living in south west England. His debut story collection, The Method, won the Scott Prize in 2010 and the Edge Hill Readers’ Prize in 2011, while his novel What Lies Within received critical acclaim. He is editor of the literary journal Short Fiction and an associate lecturer in creative writing at Plymouth University, where he’s just completed his PhD. His second novel, That Dark Remembered Day, was published in 2014. Represented by the Ed Victor Literary Agency, Tom’s second collection of stories, Dazzling the Gods, is forthcoming in 2016. More at www.tomvowler.co.uk You can read our first in-depth interview with Tom here and you can read his short story ‘Neruda in the Woods’ on TSS Publishing here.

You can read our first in-depth interview with Tom here and you can read his short story ‘Neruda in the Woods’ on TSS Publishing here.