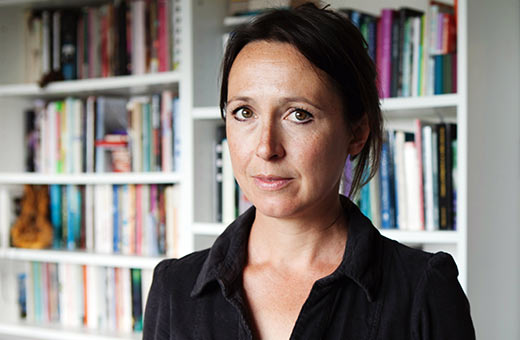 Hi Zoe, thank you for taking the time out to answer some questions. With the launch of your book Folk (Bloomsbury 2018), this must be an exciting time for you! What have been the highlights so far and what can you reveal about the work?

It is exciting! Also slightly terrifying. Highlights have definitely been seeing the amazing illustrations in the book by my aunt Izzy Simonds, and having such a gorgeous cover designed by David Mann. I’m also pretty pleased that Goldsboro Books are releasing a special edition of the book with sprayed edges and a ‘tip-in’ page – though it does mean I have to sign hundreds of copies in one go. A kind of author’s dream and RSI-nightmare combined.

It must seem like a long time ago since you won the Costa Short Story Prize back in 2014. Reading your interview with Thresholds, it became apparent that a lot of research (indirectly and directly) went into the piece (‘Fishskin, Hareskin’)– is this true for most of your work?

In a broad sense, yes – in that I have immersed myself in folklore and folk tales, and books about crafts and nature, for many years, looking for exciting ideas, or details that I could bring to life in my stories. Sometimes I set off from a fragment of lore and imagine what it would be like to have that belief, or practice, in one’s own life. But then I started inventing my own folklore and rituals, which means leaving research behind and trusting instinct. Some readers have claimed to find these details familiar, as if they have read about them elsewhere, and that is the best (accidental) compliment. 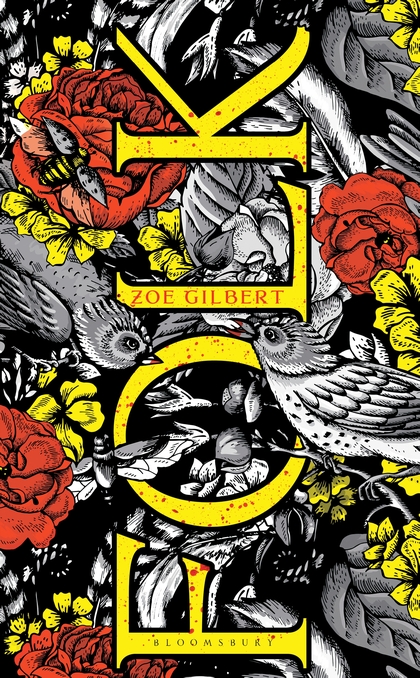 I read that at one point while you were researching hares, you actually had an old skull of a hare on your desk. What do you have on your desk at the moment? Any choice quotations or visual reminders?

I have an embarrassing motivational quote pinned to my desk. It says, ‘You miss 100% of the shots you never take’. I’m trying to embrace risk-taking in fiction… I also have a Cochiti pottery figure of a storyteller given to me by Melissa Fu (I mentored Melissa on the Word Factory Apprenticeship Scheme), to remind me that telling stories is valuable.

I was speaking to a literary agent recently about entering competitions and she suggested it was a good way of getting recognition. Would you agree with this? If you’re happy to, perhaps you could give us a breakdown on the road from novice writer to published author, and what steps you think budding writers should be taking?

I would agree with that, but winning a competition is a bit like winning the lottery – the stars of story, judges, moods and zeitgeist must align, and even if a story is fantastic, that won’t necessarily happen. So, I think it’s good to have a few irons in the fire. I started by sending stories to smaller literary magazines and websites, gradually getting braver and sending to more established ones as time passed. My evil submissions spreadsheet shows a high rejection rate, but that has to become part of the satisfaction, unfortunately – rejections prove you are busy. Believing a story has a home, somewhere, and plugging away until you find it, is a good mentality to have. Once you’ve got a list of four or five publications, it gives you a sense of momentum. It also means that when you tell people you’re a writer (which you should) and get the inevitable, “Oh, so have you been published?” you can reel off a list of places where they can read your work! My advice would be: get feedback, get a community of writers if you possibly can, believe the praise and act on the criticism. Also, most importantly, write what you love, and that will show through.

You completed a PhD in creative writing at Chichester University – under Alison MacLeod – how instrumental was that in your development as a writer?

I’m still hacking away at the PhD! I believe it’s been fundamental in my progress, because for the first four years (I study part time) Alison was giving her expert critique on the stories that have come to make up Folk. I had deadlines for submitting my work and high standards to aim for – this definitely pushed me to work harder on my fiction. Alison has been an extremely generous and energetic mentor, and I am going to feel quite lost without her when my PhD is finished. I now believe utterly in the importance of mentorship, and am passing on what I’ve learned by working with other writers.

An accusation that is often aired by writers and judges concerns the explosion of competently written, but flaccid MFA style stories. I remember listening to Kevin Barry (I think) at the London Short Story Festival back in 2015 and he said that he learnt to allow some rough edges in his short stories, because he found that rewriting could lead to prose that had been ‘worked to death’. What do you think about this and what, I wonder, is the best way of countering this if it’s true? How can a writer, carefully crafting his or her prose, ensure that life remains in the narrative?

These sorts of comments make me glad that I didn’t do a creative writing MA! On the other hand, I’ve seen how useful MA programmes have been for many writers. I do think it’s true that one can strip a story of its soul, or bend it into the wrong shape, and it only takes listening to the wrong advice or opinions to do this. I’ve certainly done it at the hands of writers’ groups. I think we’re constantly learning and evolving as writers, which is why it is an infuriating and fascinating craft. We tend to crave advice and can take it too much to heart. Learning when to consider critical advice and decide not to take it is a crucial part of the process. Being able to defend a story, or technique, or voice, beyond the fact that you just like it, is one way of doing this – that lengthy description of falling leaves has to be there, because it performs such-and-such a function in the story. Personally, I love colour and movement and wonder and surprises in fiction, but I also believe in quiet writing, and stories that require thoughtful engagement. We shouldn’t be afraid of writing those if that’s our leaning.

You’re also heavily involved in the short story scene in London, running the London Lit Lab workshops and working with The Word Factory – could you tell our readers a little more about these organisations?

I started London Lit Lab in 2016 with friend and author Lily Dunn. We both wanted to pass on some of our learning as writers (Lily is also completing a PhD) and that’s what we do. We design the kinds of courses we would want to go on, and often teach together – this is fun but also means the group gets two perspectives on how to do things. Mentoring and critical feedback have become an important part of London Lit Lab, and it’s so satisfying helping fellow writers polish their work. Now we also teach for other organisations, like the British Library, which is really exciting. The Word Factory hosts salons and masterclasses in London, and I co-host the Short Story Club with Sophie Haydock, which is a free discussion group. We read a published short story every month and then air our opinions and ideas – always fascinating as there is inevitably disagreement! It’s a great way to explore how short stories work. Both London Lit Lab and The Word Factory create communities for writers, which are essential: you are not alone.

You’ve mentioned in other interviews that your favourite writers are Angela Carter, Ramona Ausubel, and Margo Lanagan – what draws you to their writing?

Three witches of the fantastical short story – though there are so many others I love. Their stories open up strange worlds, and reading them is like travelling through realms you recognise but could not find your way to alone. Wonder is not enough, though, and these authors all write deep meaning into their stories, leaving your subconscious a little perturbed but glowing. If you like fantastical stories, I’d also highly recommend Leonora Carrington, Karen Russell, Lucy Wood, Kirsty Logan, Aimee Bender, Rikki Ducornet, Steven Millhauser, Kelly Link, Donald Barthelme, Helen Oyeyemi, Robert Coover, Kij Johnson… I better stop there. 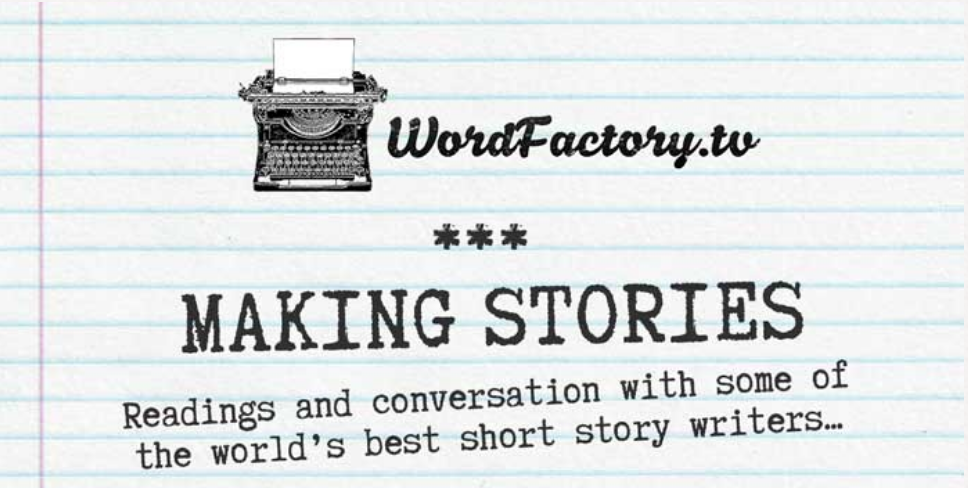 You often suggest writers should try and put pen to paper every day and recommend writing an incomplete sentence in the morning, ready to finish later in the day. I love this idea because it really illustrates the miracle of creativity and the brain’s machinations; the way it fills in gaps while we’re not consciously thinking. Where did you first come across this idea and do you have other routines or rituals that you do each day?

I wish I could remember where I first found the advice to leave a sentence unfinished – like leaving the gate open for your imagination. I still jot down anything and everything that piques my interest, and comb back through notebooks for these cryptic scratchings. When I’m running creative writing classes, I do my own writing exercises; it’s hard to include play in one’s personal writing practice, and this lets me write silly things and remind myself that ideas really can come fast, without the muse.

Lastly, do you have any other projects in the pipeline that we should keep our eyes and ears open for?

I’m writing stories for a new book, inspired by the remnants of woodland in South London that used to be part of the Great North Wood. It is a celebration of folklore, history, trees, and the possibility of enchantment in a disenchanted world. It may take some time…

Thank you very much, Zoe!

Zoe Gilbert is the winner of the Costa Short Story Award 2014. Her stories have appeared in anthologies and her work has been published in many journals. She co-hosts the Short Story Club at the Word Factory and is the co-founder of London Lit Lab. Zoe lives on a hill in South London. Her book Folk was published earlier this year.

Folk can be purchased here.

If you enjoyed this interview, you may enjoy our interview with Kirsty Logan or Claire Dean.