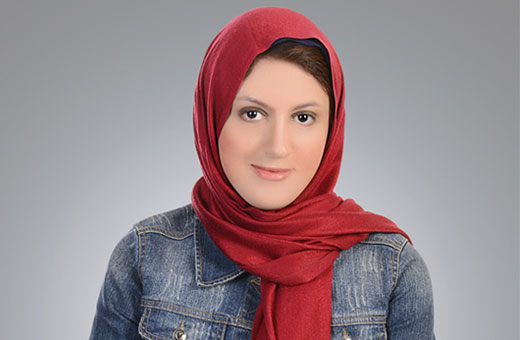 The story is part of Abel Salaam Ibrahim’s forthcoming short story collection to be published in Arabic.

Saied El Noury, our new theatre production manager, gathered us all on stage, on spot, right after arriving to Luxor to inform us—precisely, word by word— that he was here to help our troupe upgrade and evolve its stagnant performance, and that it was time to pull down the curtain on all those detained plays locked in drawers. He made it crystal clear that there was no place for the slothful and the amateurish— weighing accusations against the previous manager— urging us to abandon our timeworn acting methods.

His sunken eyes picked up the side grunts and tight-lipped expressions. It wasn’t long before he flashed his fingers and his razor-sharp glances to silence the protestors’ commotion.

We didn’t waste time in auditions and instead we plunged straight into rehearsals. Surprise took over when he claimed the new play’s leading role to himself. We didn’t voice any objections and decided to take this on as a learning experience. We found out later on that he started out his career as a failed actor. We were truly struck when he donned a mask, our dynamite laughter resounded on stage.  He didn’t leave much room for objection.  The role didn’t require putting on a mask, that much was clear, but some of us praised the improvisation catching on the significance of using a mask for pulling off the role.

Out of the blue, while fully engrossed in his performance, he snatched off the mask, before dashing into the dressing room.

He threw on a white cloak and a beard and chanted, “Noon Prayer in the mosque.”

A few of us followed him into the neighboring mosque, bewitched by the sheen of piety on his face. We sat and waited, entertaining in small talk about his acting and directing skills. Some admired his genius approach in directing. Scattered rumor drifting along the northern wind plunged the lot of us into a surf of gloom, till he remerged, shrouded in an aura of light, bloated with mysterious invocations uttered after his prayers.

He took off the beard and the cloak, and pulled on the black mask.

We realized that we were on the brink of a new phase, a new era, based on transparency and full disclosure, with a solid foundation of success as a reward to hard workers. We folded the past era like a curtain hauling ourselves in the midst of his vision and commandments.

“The Luxor’s production company’s reputation has gone south. This must change. This negligence won’t do.  We’ll be working on the “Birds Without Wings” script, and we’ll prove to the world that we’re capable actors, maybe one of you might get the chance to perform oversees and who knows perhaps the entire band might fly over to Gulf countries to perform and maybe make it to Europe too.”

No one could have imagined that our troupe might have to work on “Bird without Wings”. The text was traditional and even depressing, not the type that brings any actor’s potential. It crushed our expectations. We begrudgingly abided to his vision, described by some of the visiting actors as the result of a marred, dirty past. Each one of us conceded to his role realizing that we’re never getting out of the circle of this tattered but still persisting text performed previously by almost all tropes and other productions.

Changes he carried in our ranks—kissing up to older actors and neglecting the young— appealed to some and solicited angry protests from some. What was indeed a surprising novelty, was that he supervised the theatre company’s finances, why not, wasn’t he the pious devout who never missed a call of prayer in the mosque in a “Gama’a” congressional.  This magnanimous trust given to him blinded us to our individual roles, all that mattered was that we become part of the trope that director/actor El Noury managed.

And now, this mysterious man who had arrived in the night train, stood at the theatre’s gate, unleashing news that pierced the theatre walls, shaking the pillars of the nearby Luxor temple.  We refused to believe him. How could the faithful man, the grand actor end up being a thief?

“Must be a conspired fabrication by his haters!” We all said in unison.   Those lies made us appreciate and respect him more.

“He embezzled the budget money of the Zamalek Theatre in the nineties.” The mysterious man let on about sinister associations, and warned against his expected treachery. Words tumbling down the mysterious man’s tongue— we found out later that many stage actors knew about El Noury’s shady past— were like the unveiling of the final act in a famous paly.  We expelled him and buried the memories down the avenue of the rams that transformed our city into an open museum upon our arrival.

“Birds Without Wings” was a stale, hackneyed script, having been performed endlessly before all over the Arab world, he had insisted on it, promising that it will help us evolve, enumerating his previous successes. We had let our doubts sit in the back of our head, our ridicule sticking in our throats. His insistence on this script, we realized, was what enacted our suspicions. Torrents of anger spiraling out of our chests would always bounce back to where they came from. Altering and overriding the script made our hearts race and scattered our hopes. We dwelled long in denial, blaming our eyes, believing we were the ones who were deaf. He was the infamous Zamalek theatre production’s prodigy, we were surely wrong. The rotten scandalous trail of his past had defiled even our breath. We thought he was going to lead us to success.

Our performance on the first day was pretty much disappointing. We noticed the silence over-riding the audience, but the murmurs that turned into communal hissing down the hall along with the accusatory gestures pointing to him made the mask he donned crack, exposing his eyes, liquefying his glances into pouring black tears. He stuttered, his tongue hardened, and he couldn’t utter a word. We dared not speak either. Our speech can only emerge from the womb of his speech. Our triumph can only come out of our lead actor, but our lead actor was trapped within himself.

The show stopped.  Perhaps because of all those masks he added to the script or maybe because of his lousy performance or perhaps because of his aging. He probably guessed we found out about his filthy past. We gestured for the technician to draw the curtains, the audience’s angry cries speared through the moment before hitting his cracked mask, almost burning him.

Pulling the curtains before the end of show had never happened before.  The theatre-goers poured out, their angry protests shaking the very foundation of the theatre. Some of us scurried off, their legs agile and quick, up to the stage seeking shelter, some went backstage. The one thing though we couldn’t help notice was that Saied El Noury never left the Green room since the performance stopped. When he did emerge— with a broken look hacked over by the painful gloom we weathered— his body almost looked like a crushed skeleton having taken a plunge from a tremendous height. He concealed his wounded countenance with a new mask, and his body of disgrace with a white cloak, but this time without the beard. His emergence from the swamp of failure struggling to shield himself from our impaling glares, something defeated armies can’t bear.

We didn’t wish to leave the theatre and go back to our homes. We tried to rub off Al Noury’s stains of failures plastered all over our bodies. Light drenched our faces exposing the sweaty failure trickling. In spite of having given up on speech and movement we did take action when we heard the sound of a downfall.

Abel Salaam Ibrahim is a novelist and short story writer.  His publications include:
Kaddish: War and Peace published in Dar El Hilal Press and A Short Distance to Drowning published by Ibdae’ Press
Riham Adly is an emerging short story writer from Egypt.  Her short stories appeared in Vestal Review, Inner Circle “Vortex” anthology, Centum Press,  Page&Spine, Tuck Magazine,  Ekphrastic Review,  Fictional Cafe,  Cafelit,  Into the Sonorous, Paragraph Planet,  Visual Verse, with forthcoming stories in Connotation Press, Spillwords and Writing in a Woman’s Voice magazine. Her short story “The Darker Side of The Moon” won in the 2013 Makan award and was published in a print anthology with the same name. Riham is also the founder of “Rose’s Cairo Book Club”