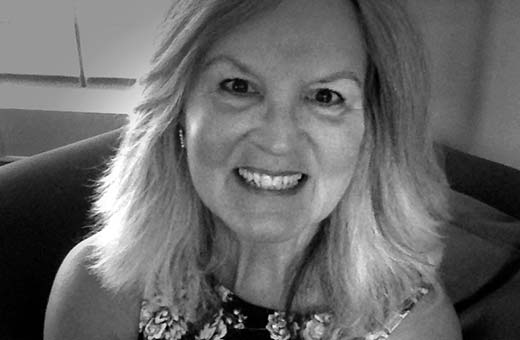 In terms of construction/technique, how is flash fiction different, in your view, from other genres – in particular poetry (including prose poems) and the short story?

The more fluid, image and language-based flash is very close to poetry or prose poetry. The difference is that flash must feel, on some level, like a “story.” Flash is its own form, uniquely suited to innovation and experimentation. It is not bound to the same rules as the traditional short story. That’s what makes it so exciting to read and write. Flash fiction, done well, can be so mind-bending and fresh.

Kathy, I’ve been fortunate to take a couple of your excellent online classes. For you, flash lends itself to form-bending, but successful flash needs three elements: Feeling, Movement, Resonance. Can you elaborate? 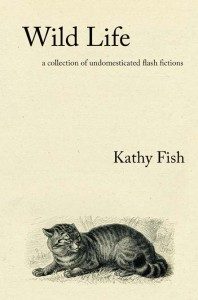 Thank you, Marie. I’m amazed by the popularity of my flash class! It fills up weeks in advance now. And I love teaching it.

As I said, flash, no matter how innovative, still needs to feel like a story. It needs to “work” on some level. It is entirely possible to write a traditional short story under 1000 or even 500 words in length. You can follow the template and check off all the boxes, certainly!

My problem with this rigid adherence to the “rules” is that it often results in a story that feels curiously flat. There’s nothing technically wrong, but one feels short-changed. Like, why didn’t the writer just write a full-length story? There’s no real advantage to the reader beyond being able to read it quickly.

And sometimes these super condensed short stories are quite brilliant.

But I’d like to see writers expand their view of flash fiction. Or loosen it. So I suggest the broader terms of Feeling, Movement, and Resonance. “Movement” take the place of arc here and is more like a sense of an arc. It is meaningful change. “Resonance” takes the place of resolution. In flash, the writer must make use of white space within and beyond the page. Make the story live in the reader’s mind and heart long after reading (which of course is something all literature should strive for). This is the “echo” that Rose Metal Press editors Kathleen Rooney and Abigail Beckel refer to in their excellent flash fiction anthology, Brevity & Echo.

Comparing flash from let’s say the 1990s to now, how do you feel the form has evolved and is changing?

It’s gotten better in my opinion. The best flash is being written right now, by new writers willing to take more risks and play with the form. Early anthologies showcased traditional short story writers who just happened to write an extra short story here and there. And they were great. But now we have writers whose focus is almost entirely on the flash form. It’s evolving and becoming more interesting.

I’m so impressed by the new Best [of the] Small Fictions series begun by Tara Masih for Queen’s Ferry Press. Robert Olen Butler guest edited the 2015 volume and Stuart Dybek, the 2016 volume that’s coming out in October. Amy Hempel is guest editing for 2017! Tara and her preliminary readers actively and energetically seek out the best flash that’s being written now.

In your recent flash collection Rift you collaborated with Robert Vaughan, shaping pieces around four themes with increasing intensity (Fault, Tremor, Breach, Cataclysm). While each of you has a distinct voice, the pieces have a wonderful harmony when read together. What was the impetus to collaborate? Did you work together on the pieces or come together later?

Thank you, Marie! That’s something we’re hearing again and again. That the stories harmonize so well. It’s thrilling to hear as that was one of our chief goals for the book. We wanted that sense of blended cohesion. Bud Smith, the editor of Unknown Press, asked us if we’d like to do a book together and we were both very excited at the idea. We wrote our hearts out for nine months, trading stories and giving each other feedback. Lots of phone calls (Robert’s in Wisconsin and I’m in Colorado). It was intense!

The process of putting the book together was a blast. Robert and I work really well together creatively. Once we had all the stories for the book, a total of 72, we went to work forming the structure of the book. The sections came about quite organically. We’re really happy with how it turned out!

As well as a successful flash fiction writer and instructor, you are a frequent judge. What are the common missteps writers make in entries?

Mainly sending in work that’s not been fully revised and proofread. I know that excitement of finishing a story. You know, when it feels like the best thing you’ve ever written? Just…take a deep breath. Set that story aside. Let it cool. Come back to it. I guarantee you will find mistakes and things you want to change! You’ll find a sharper verb, a more resonant image, a stronger ending. You’ll find typos that were invisible to you before. Give yourself time to make your story better before you send it out.

I admire the brilliant work of my teachers, mentors, and fellow writers in Hot Pants, the online workshop I’ve participated in for more than a decade, notably Kim Chinquee and Pia Z. Ehrhardt. And I’m so inspired, always, by the writers who participate in my Fast Flash workshops (like you, Marie!) and my students in the Regis University MFA program. They are all so amazingly talented.

Read and write every day. Great authors are your best teachers.

A few general writing books I return to again and again are: From Where You Dream: The Process of Writing Fiction by Robert Olen Butler, Writing Down the Bones by Natalie Goldberg, The Art of Subtext by Charles Baxter, On Writing by Stephen King, The 3 A.M. Epiphany by Brian Kiteley and Still Writing: The Perils and Pleasure of a Creative Life by Dani Shapiro.

Kathy Fish teaches flash fiction for the Mile High MFA program at Regis University in Denver. She has published four collections of short fiction: a chapbook in the Rose Metal Press collective, A Peculiar Feeling of Restlessness: Four Chapbooks of Short Short Fiction by Four Women (2008); Wild Life (Matter Press, 2011); Together We Can Bury It (The Lit Pub, 2012); and Rift, co-authored with Robert Vaughan (Unknown Press, 2015). Her story, “A Room with Many Small Beds” was chosen by Stuart Dybek for inclusion in Best Small Fictions 2016 (Queen’s Ferry Press). Her new collection There is no Albuquerque is forthcoming. She blogs at http://www.kathy-fish.com/

Marie Gethins’ first encounter with TSS was via her flash fiction win ‘Blood-ties’. Her work has also featured in Litro, Firewords Quarterly, 2014 and 2015 NFFD Anthologies, Flash, NANO, The Lonely Crowd, Firewords Quarterly and others. She has won or been placed in Tethered by Letters, Flash500, Dromineer, The New Writer, Prick of the Spindle, and 99fiction.net. Marie is a Pushcart and Best of the Short Fictions Nominee. She lives in Cork, Ireland, and has finished her MSt in Creative Writing at the University of Oxford.