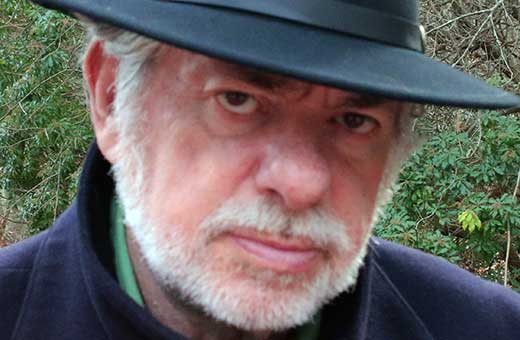 Hi Paul, thank you for speaking to us at TSS. When did you first encounter Flash and has your understanding of the form changed over the years?

Thank you, Rupert, for inviting me. I first encountered flash well over 30 years ago but that wasn’t a name being used then. The form has  changed from the standpoint of it originally being a much shorter version of a short story, to a stand alone entity with some basic rules, e.g. make every word count, don’t waste your precious word count on adjectives and adverbs and “arrive to the story late and leave early”—ditch the back-story and don’t feel you have to tie your ending in a nice bow to simplify the story.

What would you say the main differences are between Flash Fiction and short stories.

To me the difference between short stories and Flash, besides length (under 1000 words with my sweet spot being in the 250 -700 word range) is the story arc. The Flash arc doesn’t have to be as well defined and explanatory as the short story and the Flash writer can hint or posture towards parts of the story, which is one of the reasons I find Flash so interesting.

You’re an impressively prolific Flash Fiction writer with a large body of published work. What do you think the primary reason behind this success is?

I take my writing seriously and don’t consider it a hobby, yet I don’t consider it a job either. I consider it an integral part of my life.  I was fortunate to begin writing in the manila envelope days before internet and there were many small one-person print magazines that were hungry for submissions and interesting work. My writing was almost never long, so my short stories I submitted were usually between 700 and 1500 words. Looking back now, I realize I could easily have chopped off 25% of the stories without losing their value.

Also, back in the 80s, Gordan Lish edited a series of books called The Quarterly, and so many good Flash writers had stories in these books. Then a new world for me opened up with “Sudden Fiction”, “Micro Fiction”, “Flash Fiction” and others all giving me permission to go towards where I’ve ended up. Now, with so many venues for Flash, I write my stories first and then seek a magazine that my story will fit. That is, unless I’m writing to a prompt.

I also credit my success to reading as much Flash as I can as well as novels and short story collections. Social media has played a big part with other writers publishing their work, giving links to magazines, and allowing me into places to see success in a story and it’s the success of the people I read that give me license to break out and try new things.

You mention the use of prompts. Could you tell us a little more about that?

I was using prompts before I knew what a prompt was. Early on in my writing days if I didn’t like what I set out to write from an idea I would grab a random book from my office and rifle through pages until one word caught my eye and that would serve to get me writing a story. It was more than twenty years later that I heard the word and realized that was what I’d been doing. I also use prompts from magazines to enter stories for issues or for anthologies. There are one word prompts, visual prompts, and opening sentence prompts and the interesting thing about most editors is that while they have a prompt issue they don’t necessarily want you to focus your story theme on the prompt—a loose usage, casual message, or hint at the prompt is usually acceptable and preferable. I’m in a writing group where we rotate every week with a different one of the ten writers offering a prompt. I’ve had quite a few of these stories published from this group. I also take classes in Flash where prompts and creative feedback is given. These classes have been invaluable in giving myself permission to go to places I haven’t been.

And do you have a writing routine?

I write every day from the time I wake up until I need a break and then I’ll grab my camera and walk in one of the state parks near me. One’s on the Long Island sound and the other has trails and a lake. It’s a head clearer, especially when I’m shooting Bald Eagles, Egrets, or people. My mind can only concentrate on one creative thing at a time. Then, once back, I write, read my work aloud, rewrite, read—the old wash rinse and repeat theme, until I’m ready to let it go and move on. I also write in the shower (sans paper and pencil). The longer I’m in the shower the more I’m working on resolving an issue. My wife has asked me many times after an exceptionally long shower of an hour or so how many stories I’ve written and my answer’s always the same—“just one”.

Which flash fiction are you most proud of and why? 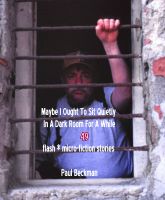 Ordinarily I would pass on this question but my story ‘Healing Time’ was one of the winners in the Queens Ferry Best of the Small Fictions for 2016. Besides being in elite company I’ve been fortunate enough for quite a few reviews to pick out this story and comment on it. Reviews tell me things about my writing that I don’t  see for myself. It’s like holding your arms out to read the small print and then one day you get glasses (the reviewer) and there’s a new clarity there.

How long does a piece of Flash Fiction usually take?

There’s no usual length for me but I’ve written Flash in fifteen or twenty minutes and have taken an hour and a half for the first draft. Every once in a while when the Flash Gods are smiling down on me I end up with only a reading and a couple of word changes or punctuation additions.

What do you do when the creative juices aren’t flowing?

Luckily, writer’s block is not one of my schticks. I can write and do until I realize that what I thought was a story was nothing worthwhile and then I start over with a new theme. I do keep a moleskin with me to write ideas and I like that better than talking into my Iphone. Many years ago—pre cell phones, on occasion I would stop at a payphone and call my house and leave a story idea on my answering machine. 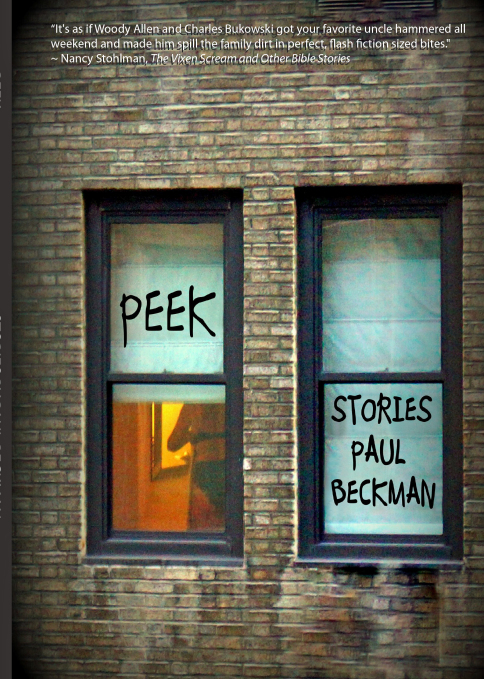 Do you have people who read your work before you send it off to editors?

I’m fortunate enough to have a friend, writer and fine editor who I send most of my work to. She “gets” me and I’m extremely fortunate to have this outlet. On occasion I’ve sent a story to one of my writing group friends and can always rely on a solid critique because if all you get are “attaboys” then you learn nothing and the writing suffers.

Do you ever worry about repeating yourself, of being drawn to similar plot-lines or imagery?

It’s a minor worry. I do write a lot about dysfunctional families and their mischegas (craziness). It’s rarely flattering but it’s what comes out of my brain. I also write about a couple, Mirsky (one name) and his sometime wife Elaine. They’ve come to be favorites when I do readings. They are friends, lovers, married, cuckolds, divorced, dating, fighting, lying and both separable and inseparable.

Which Flash Fiction writers have most inspired you?

What are you reading at the moment?

Finally, what advice would you give aspiring Flash Fiction writers?

Read as much Flash as you can, take a course in Flash from Nancy Stohlman or Kathy Fish. Write, Read Aloud, Rewrite and repeat—then submit your work constantly.

Thank you for your time, Paul.

Paul Beckman was one of the winners in the Queen’s Ferry 2016 Best of the Small Fictions. His stories are widely published in print and online in the following magazines amongst others:Connecticut Review, Raleigh Review, Litro, Playboy, Pank, Blue Fifth Review, Flash Frontier, Matter Press, Metazen, Boston Literary Magazine, Thrice Fiction, and Literary Orphans. His latest collection, Peek, weighed in at 65 stories and 120 pages.