After the divorce he felt an odd numbness, mental and physical. He looked in the mirror, studying the face that looked back. At night he kept to his half of the bed with his back to the other half. Over time a life slithered out. He talked to people, took long walks. He bought a pair of shoes but only after testing them rigorously, both shoes, not just one. He walked from one end of the shoe store to the other, four times at various speeds, then sat and looked down at the shoes. He took one shoe off and handled it, pressing the instep, placing his hand inside the shoe, nodding at it, tapping with the fingers of his free hand on the rigid sole and heel.
From Don DeLillo’s ‘The Itch’ published in The New Yorker, August 2017 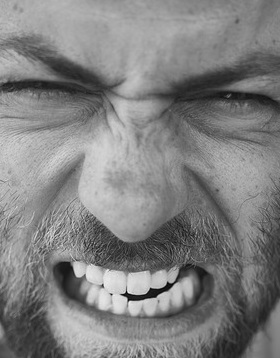 It’s a minor irritant we face pretty much every day. An itch on the nose, the neck, a mosquito-bite on the leg. Sometimes they go away after five minutes; other times, they grow worse the more we scratch, they blow out of proportion and become the main focus of the day. Don DeLillo takes the itch and turns it into a poetic and esoteric musing on the conditions of existence. The tone of the story can be called out-of-synch: it’s established in the very first word, “But”, develops through the description of the narrator’s divorce and his overhanging feeling of emptiness, and evolves into a ceremonial itch. During daytime itch is in the wrist, during evening the upper arm, at nighttime the thighs and shins. The narrator begins to “think of the itch as sense data from the exterior”, which moves the story into a “semi science fiction”.

Reading DeLillo’s story is like peeling a red onion. Every paragraph takes us a layer deeper into the nature of the itch. It becomes a symbol for anxiety, a nervous habit suggesting dissatisfaction with one’s achievements in life, that one somehow isn’t complete as a person. It becomes a satire: the more prescriptions for salves and pills the narrator gets, the worse the itch becomes. Every doctor he visits explains his condition with a scientific language that does nothing but enhance the hierarchical relationship between doctor and patient. For each layer, the tempo increases and the tone intensifies. When the narrator lies like a lab rat on the doctor’s table, vulnerable, exposed, the stiry becomes dystopian and draws connotations to Brave New World and 1984: medicine becomes an institution of power which dehumanizes the individual. At the end of the story the protagonist has become “the living itch, man-shaped… thinking incoherently, a body in a bedsheet.” “The Itch” is a gut-clenching read which becomes more horrible and wonderful for every word, written in a crystalline, clinical language that keeps you transfixed to the very end. Beware of an urge to scratch when you’re finished.

‘The Itch’ was published in the New Yorker’s fiction section on August 7th, 2017 issue. You can read the full short story here.

Josephine Greenland was born in Sweden. She has a degree in English from the University of Exeter, and is currently studying for an MA in Creative Writing at the University of Birmingham. When she doesn’t read short stories, she writes her own, and has had one story published in the Dream Catcher Magazine. Josephine also enjoys playing violin and go on hiking holidays with her family.

Don DeLillo is the author of numerous works of fiction, including the short story collection The Angel Esmeralda and the novel Zero K. His short fiction has been published regularly in the New Yorker since 1971.

The New Yorker has published reportage, commentary, essays, criticism, satire, fiction and poetry on a weekly basis since 1925. Today there 47 issues published yearly, with five of them spanning over a twoweek period. Writers can submit their fiction through email at fiction@newyorker.com, or by post to Fiction Editor, The New Yorker, 1 World Trade Center, New York, NY 10007. Submission is open throughout the year, and the reading period is ninety day. Writers are only contacted after this period if their work has been shortlisted for publication. The current fiction editor of the magazine is Deborah Treisman.