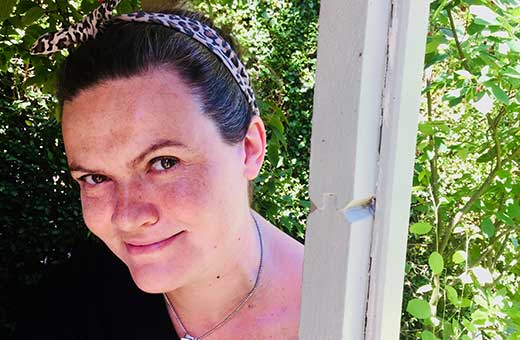 What Makes a Winning Flash Fiction? by Emily Devane

How To Write Winning Flash Fiction

What makes winning flash fiction? There’s no single answer – and nor should there be – but I’ve been wondering about it ever since a story of mine, thrown in at the last minute (even though I considered it ‘too boring’ to be a winner), went on to win a competition. Judging competitions has been an eye-opener. By the end of judging the TSS400 competition, I had a much better sense of why some stories do well – and the fine-tuning that might turn an ‘almost’ story into a prize-winning one.

The first thing to remember is: this is all subjective. In the autumn, the FlashBack Fiction team launched an Armistice Centenary micro competition, #FBArmistice. We read the stories ‘blind’ and gave each one a ‘yes’, ‘no’ or ‘maybe’. What amazed me was the diversity of opinions – one judge’s ‘sure-fire winner’ was another judge’s ‘no’. And while the winning stories were wonderful, reaching a clear consensus was harder than we ever imagined. As a submitter of stories, I found this strangely reassuring. Finding a home for a story is about finding a judge or editor to whom that story speaks. So what I’m saying is: don’t lose heart if your story doesn’t make it. Another judge might just love it.

But when it comes to competitions, there are things you can do to make your story stand out from the crowd. Here are just a few of the things I learned along the way:

On first read, anything that pulls the reader out of the story might lead to a ‘no’. First readers have a lot of stories to read! With that in mind, re-read your story, try to iron out inconsistencies, awkward turns of phrase and sentences that are unnecessarily mysterious. Try to be as clear as you can. It might help to enlist a trusted reader for this part.

Stories that provide a physical hit will be much more memorable. You want to make the reader grab their pen and write a confident ‘yes!’ when they get to the end. Make use of the senses, with a few carefully chosen details that provoke an emotional response.

But nothing too busy

Stories with a big cast of characters or a complex plot can feel too ‘big’ for the space. That’s not to say, avoid ambitious stories – skilfully handled, these can be brilliant. But some stories read as if they’re bursting at the seams. Ensure the reader has enough space to absorb your story in one sitting. Sometimes, less is more.

Write the story that only you can write. Play with the form. Use the full capacity of your imagination. Avoid tired, over-used phrases, images and storylines, especially when writing for a themed competition. It is likely that your first, second, third ideas are what lots of other people will come up with – dig deeper, to your fourth, fifth, sixth idea. Keep going until you get to something fresh, new and particular to you.

A sense of story, or arc

Further down the line, when judges are selecting shortlists and getting picky, the story comes to the fore. So check: does your piece move in some way, or is it in fact a beautifully-imagined scene or anecdote? A flash can move without an obvious story arc but it makes a difference if, by the end, the reader feels that something has changed, however small.

An image that sticks

By the time a story gets on the longlist (well done!), it needs to work hard to compete with those around it. Stories with filmic qualities, ones that can be pictured, are more memorable. This is where those details come in. Ask yourself: have I provided enough clues to enable the reader to visualise this story? Lengthy description isn’t necessary – or practical – in a flash. Words like station, bus stop or cemetery do a lot of work. If, then, you include striking elements – a red ribbon, a yellow cat, a wisp of cloud like a question mark – your story will be more readily filed in the reader’s mind. I’m a visual person; for another reader, it might be the use of sound, rhythm or tone that makes a story stick.

A title that enhances the story

A great title can really lift a piece. Think of it as a statement of intent. It’s the first thing the judge sees. When stories are longlisted by title, some pop out more than others. It may be that the title is simple, strong. It might be the missing piece to a puzzle in the story, or a clever play on words (avoid a pun if it doesn’t match the tone of the story). Make sure it fits with the piece – so that just reading that title will conjure up the rest. The Grieving Gallery Attendant Is Going To Quit, by Anika Carpenter, is a great example. The title gave us the setting, the protagonist, his state of mind and – crucially – a sense of what’s to come as a result of this poignant episode in the gallery.

An ending that satisfies

Beginnings and endings are crucial to the success of a story. I spend more time tweaking last sentences than I do writing first drafts. For me, they lay down an emotional marker. Think about the emotional core of the story. How will your reader feel after reading it? Endings can provide a clue about what happens next. Some neatly echo the start of the piece, to brilliant effect. Others seem to come from nowhere. Avoid ‘unearned’ endings – the ones that leave the reader feeling cheated. All stories build up expectations; it’s fun to subvert these. But an ending that feels rushed or tacked on as a substitute for a plot will be unsatisfying. It might work once, but subsequent re-reads will expose an ending that doesn’t sit comfortably. Play around with word order and tone to get this part just right.

Layers that reward a re-read

By the time a piece reaches the short list (well done!), it’s a potential winner. And this was truly the case for every piece on the TSS400 shortlist. There’s not much you can do to predict how a judge will respond to your story, but you can make it work on different levels. The more layers you hide, the more rewarding it will be with each re-read. I think of it as the ‘ellipsis’ effect – the clues that are never wrapped up, the details that fire neurons in your reader’s brain and tap into a whole lifetime of experience. The things that happen off the page, when the judge has read your story and is still thinking about it hours later. If you can achieve that special alchemy – a story that has immediacy but also stands up to multiple re-reads – then you’re on to a winner.

It’s worth noting that there is no single recipe for success. And wouldn’t it be dull if each of us wrote to the same pattern? We’ve all heard about stories that didn’t make one longlist, only to rise to the top of another. I’ve certainly had rejects that, with a tiny change, have gone on to good things. Part of what makes flash such an exciting form is its versatility – it speaks to each of us in different ways. Have the confidence to write the stories that are uniquely yours. And best of luck with the next bit…

If you found this article useful, you may be interested in browsing our recommended short fiction and writing guides.

Emily Devane, a teacher and writer, lives in Ilkley, West Yorkshire. Her stories have been published widely, most recently in Ellipsis and The National Flash Fiction Day Anthology. Emily won the Bath Flash Fiction Award in 2017 and was a Best Small Fictions Finalist. A former Word Factory apprentice, she last year won a Northern Writers’ Award for her short story collection-in-progress. Emily is on the editorial team for historical flash fiction literary magazine FlashBack Fiction.